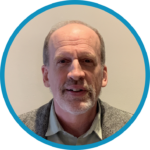 James Kurt was born in 1960 in Jersey City, NJ, where he lived for 50 plus years, until he moved with his wife to Sarasota, FL. to care for his elderly mom.

Although he was baptized as an infant and had 12 years of Catholic education and all his sacraments, like many others of his age he wandered in ignorance from practice of the Faith in his teen years, not returning till after college at a particularly progressive school.  Lost in the haze of sex and drugs and rock ‘n’ roll, he finally came to his senses after the death of his younger sister and underwent an intense period of conversion.  During this period he began to write constantly, along with practice of the other arts.  A seven-year period of solitude produced the work, Songs for Children of Light: Ten Albums of Lyrics, Music, Dance, and Drama, most of which remains unpublished.

Reading the Bible (cover to cover, repeatedly) was an integral part of his conversion, as he returned firmly to God; however, though attending Mass regularly again, he still did not know even the basics of his Catholic Faith.  It wasn’t until his 30’s, through involvement with the Charismatic Renewal (as music and prayer leader), that he learned what the Church teaches and experienced a true conversion to Catholicism.  Upon giving his “Amen” to the Real Presence of Christ in Holy Communion (and accepting all that is in the Catechism), the author began attending Mass daily, a practice that continues to the present.

At this time he consecrated himself to Jesus through Mary and added other enduring spiritual practices, like praying the full Rosary and the Liturgy of the Hours, and fasting twice a week on bread and water.  In the year 2000, he became aware of plenary indulgences and began daily acts, particularly the Stations of the Cross, to receive such great grace.

In his 40’s, influenced by the writings of contemplative saints like John of the Cross, his spirituality became more monastic.  The heart of that spirituality was insight into the Silent NAME of God, YHWH – still his guiding light.  After visiting several religious communities (including a hermitage a few times), he realized his call was to practice his asceticism and pursue his writing as a “hermit in the city”.  To support himself, he earned a master’s degree in teaching English as a second language and went from tutoring to adjunct teaching at a local college (in JC), where he has especially enjoyed exploring the argument essay with his students.  Even after moving to Florida, he returned to teach a semester or so each year, but is now mostly retired.

In his mid-40’s, after having given up the search, he met his wife, Sylvia, who was likewise very involved with the Church and living a rather monastic life as a registered nurse.  They met, and he proposed to her, during adoration, a devotion they continue to practice daily.  James coordinated and still helps oversee (from a distance) an adoration chapel in JC.  And their parish in Sarasota has daily adoration, the reason they were able move.

Arriving in Florida about ten years ago, James and Sylvia immediately became much more involved with pro-life activities, praying once or twice a week in front of the local abortion clinic.  They became sidewalk counselors and now James helps coordinate the weekly pro-life vigil (on abortion day).  James is also a Knight of Columbus and has served for decades, as has his wife, as a lector and extraordinary minister of the Eucharist.  They have both taken Communion to nursing homes for nearly 30 years.

James began publishing his writings, which he has worked on consistently since his conversion, in 2003.  He has published 17 titles, all on Catholic themes, including Scripture, spirituality, prayer, and autobiography.  His writing, though not usually poetry per se, has been described as poetic in nature.  Almost all his books contain chapters or sections in bite-size pieces – like Our Daily Bread, which has a page of writing for every Mass of the liturgical calendar.  Most of them carry the imprimatur of the Church.  He is currently offering to give (free) talks to those who might be interested.

After recently undergoing open-heart surgery, the author hopes more so to fulfill whatever is left undone in his spiritual journey with the Lord, including living more for others.